I’m appropriately enough listening to Pink Floyd’s “Wish You Were Here” as I type.

We started a little earlier today in order to fit in the things we missed yesterday. We packed up and checked out, and with the hotel being kind enough to hold our bags, we departed. Breakfast was at a snazzy coffee shop not too far from the hotel: An iced mocha and a cold omelette sandwich. The mocha was awesome, the sandwich was adequate. We ducked into the subway information office to get bus passes for the day, and then set off to our first stop.

We started early at Ginkaku-ji, the Silver Pavillion. The grounds featured some carefully crafted sand works at the entrance. This was much like other sites we’ve visited. A beautiful garden, meticulously maintained. The buildings we’re just as impressive. It was a pleasant beginning to the day, and we were able to get a nice view of Kyoto from one of the higher points on the stroll.

From there, we set out along the Philosopher’s Walk. It’s a quiet pedestrian path along a small canal, lined with cherry trees. It was a beautiful walk, and I took the time to soak it in. The only downside is the inevitable commercialization of a tourist attraction. Still, most of it was only lined by quiet neighborhoods. We traveled about a mile to reach our next stop, Eikan-do.

Eikan-do is a Buddhist temple, and as I’ve seen time and time again on this trip, Buddhists know how to worship! Nestled into the hillside, and still quiet despite the tourists starting to wander in, the temple buildings were connected by covered bridges that snaked through the foliage. Once again we were surrounded by gardens, including a large pond that was home to a school of koi, and hosting a rowdy duck.

We received a pleasant surprise while we were there, in that the monks were going through their rituals while we were there. I sat for a while outside the Founder’s Hall and listened to the chanting. They then left towards Amida Hall, where we soon ended up, and were able to quietly enter and observe. It was a great experience, and fascinating to see how another religion communes. After finishing our tour of the temple and the grounds, we headed out to catch a bus back to the hotel to grab our things and head to the train station. On our way, we smelled a delicious something or another wafting on the breeze. We followed our noses to a small bakery tucked away just off the main road. With baked goods in hand, we headed onward. Next stop, Tokyo! But first, lunch!

We dropped into a sandwich shop at the station for lunch. I went with good ol’ teriyaki chicken, and a mango juice to drink. Bellies full, we took the Shinkansen to Tokyo. It’s both fast and direct, so we arrived in Tokyo with plenty of time to find our hotel and check in. We’re staying at The New Sanno Hotel, which is a military resort. With my guest pass tucked into my passport, we got to our room and got comfortable. The past two rooms I stayed in might add up to the floor space of the room we’re in. This is definitely an American style hotel. We were, unfortunately, not able to get a suite, so I’ve got the fold-out-couch. That aside, it’s a comfortable stay. We got some laundry going and checked out the hot tub to rest our tired legs. After that, we cooled off in the pool while discussing the next leg of our trip.

Dinner was up in the air, but after looking at a restaurant map from the hotel, we decided upon a Mexican restaurant that was down the street. Mexican food in Tokyo. Go figure, right? I was admittedly curious how it would stack up against what I was used to. The restaurant provided the same cultural clutter on the walls that we see back home, though posters and the like seemed the most prevalent. Unlike good ol’ Virginia, we  had to pay for chips and salsa. The basket of tortilla chips was considerably smaller than I’m used to, but the salsa was quite tasty. The menu was quite varied, and featured quite a few items that I haven’t seen anywhere else before. It also provided brief descriptions of where in Mexico the dish would likely be found. I ordered enchiladas with mole poblano sauce for dinner. I wanted something I could compare to what I’m used to. The chicken enchiladas themselves were nothing to write home about. The mole sauce, however, was quite flavorful, and exceeded my expectations. It seemed just the right blend of the chocolate and spices I’m used to, and as an added touch, it was sprinkled with sesame seeds.

Full up, we headed back to the hotel to rest up for our day on the town in Tokyo tomorrow. 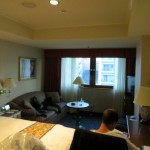 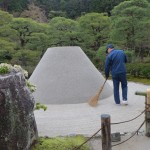 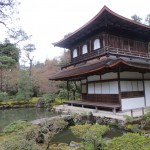 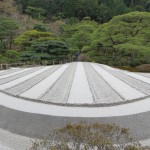 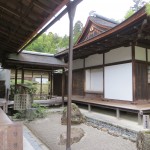 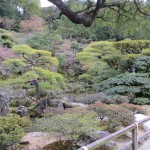 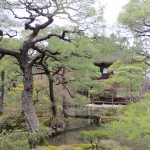 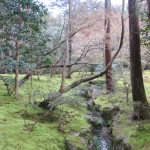 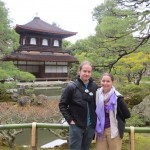 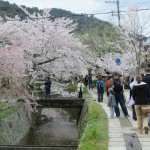 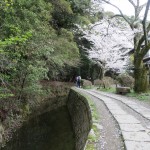 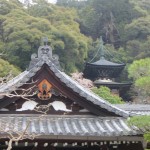 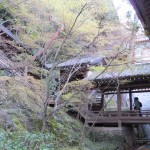 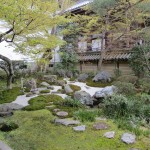 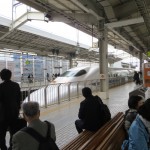