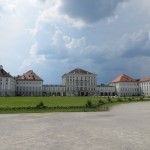 I haven’t been as diligent in cataloging this trip as I was in Japan, but it’s been a much more leisurely beginning. This time around I’m travelling with friends- Danielle and her mother Robin. We flew out of Dulles International in the evening and an overnight flight brought us to Munich. The flight was uneventful, which is all anyone can ask of an Economy trip. United did not impress me as much as ANA, but they got us here so I can’t complain. We arrived in the early morning on Sunday, where we were picked up early by Robin and Danielles extended family- aunt Gaby and Meriam. They brought us home and we settled in, met more family, and unpacked while waiting on cousin Kim to arrive. Once she did, we had a lovely brunch in the backyard featuring weisswurst and pretzel-breads. I could do that for breakfast any day of the week! No doubt. While drawing at the table, I made my new best friend in Sophia, Meriam’s 6 year old daughter. We sat for a long while to draw together. Afterward Kim and Roland took us to the city center to tour around a bit. Admittedly, I was a bit of a jet-lag zombie so I didn’t take too many photos as we went along, and only absorbed a portion of the trip. Still, it was a good time. We took a brief break in a quiet beer garden and toured around a bit more before I ruined the fun with a bit of dizziness from lack of sleep. We came back in and I quickly caught some Zs.

Monday was a leisurely day. A light breakfast, coffee and bread, before packing up and heading to Echinger See, a nearby lake for swimming and sunbathing. Being that it was during the week, it wasn’t terribly crowded- Mostly parents with young children. We had a swim- The water was only cold enough to make the initial adjustment a bit torturous, but was otherwise fine.I brought my ukulele down and it brought some dancing to the feet of a few children and some smiles to the adults. All in all, a very nice afternoon. Once home, we had Gaby’s homemade spaghetti (delicious!) and rested for the evening. I still wasn’t 100% adjusted, and the swimming with that had worn me out for the day.

Today, we got up early and headed to Nymphenburg palace- a 1600′s complex used as a summer residence by Bavarian royalty. The building’s exterior was impressive, but the interior is truly impressive. Ornate, gilded carvings, countless paintings, exotic and finely crafted furniture- It all really demonstrates the wealth and reach that the rulers here had. The gardens and grounds of the complex were also beautiful. We took a long walk around to see other buildings in the complex, all just as impressive as the palace proper. Then we visited the carriage museum, which housed carriages used by those who called the palace their own. These were no less impressive and ornate as the palace itself. Finally, we went upstairs to the porcelain museum- A collection of fine porcelain figures and art. All well crafted and beautiful, but not really my style. Once we returned, we spent the evening outside chatting and planning tomorrows fun.

I’ll keep you posted as we continue! 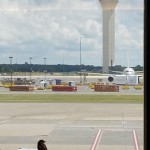 Just a Birb waiting on his flight… 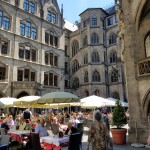 Doin’t remember what the building was, but this looked neat. 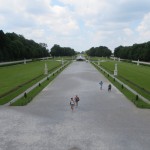 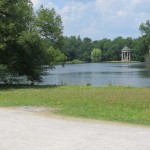 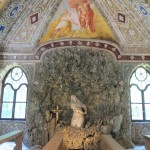 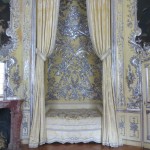 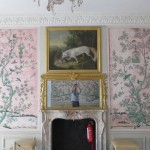 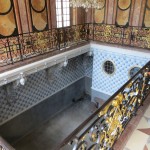 Bathing facilities of the highest order. 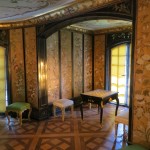 A nice place to rest after a nice game of croquet. 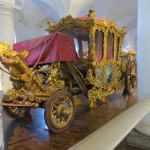 They see me rollin’… They hatin’. 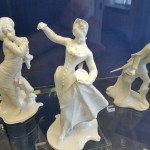 Porcelain figure from the Nymphenburg collection.