Today was my return trip. Admittedly, it’s not a terribly exciting story.

We started early enough. Evan made breakfast- bacon, egg, and cheese. Yum! And we loaded up my luggage. I said my goodbyes to Rachel, who was staying at the house, and Evan drove me up to Naha airport to catch my first flight into Tokyo. I got checked in and headed on through security. Bidding Evan farewell, I got to my plane. It took a bit to get off the runway. We had to wait for two commercial planes and 3 Japanese fighters to land. They flew right in front of our waiting plane, though, so that was pretty sweet.

We flew into Narita Airport, where I had about 30 minutes to figure out where to meet my connection and get there. I arrived and it was already boarding. Up side, I made my flight. Down side, no time to grab a snack or use the toilet. From Narita, we were bound for New York. The flight started off great, as there was a seat between me and the person on the ailse, and then the aisle seat person asked to move to one of the center seats on the plane. I don’t think it was anything I did. Suffice to say, I had three seats to myself! I ran in to the same problem I had before on this flight. I couldn’t really get any sleep, even though I was really tired. Instead, I opted for some Minecraft, since I had outlets on the plane, and catching up on some more movies on the little personal screens they had on each seat. I watched Looper and The Adjustment Bureau this time around. I also watched some Astro boy, because why not? Food service was decent again. dinner was a fish and rice dish, and breakfast (if you could call it that) featured chicken and rice in a tomato sauce. We had a little turbulence, and I felt a little dizzy from that and the lack of sleep, but I made it through. The stars out the window while we flew over the pacific were pretty amazing, even with the light from the interior of the plane obscuring the view out the window.

Once we landed at JFK in New York, I had to drag myself through customs and immigration. Next was some good ol’ American airport security. Fortunately, the whole process went quickly and I had plenty of time to re-check my bag and get to my gate. After waiting a bit, I was bound for Dulles International. It was slow to get going, but once we were boarded we got out without much delay. A quick 40-50 minute flight, waiting on my bags, and I was greeted outside the terminal by my mom and Danielle, who came up to drive me home.

It was a fantastic trip, and I hope to share some of the photos I took while I was there once I’m rested up and have some time. I hope I’ll be able to make another trip out there, but there’s so much more in this world I’d like to see. I guess time will tell! For now, I’m very tired and should have already curled up for the night. Thanks for keeping up with me! 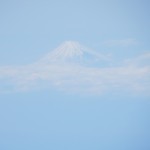 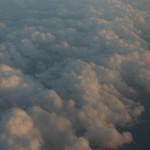 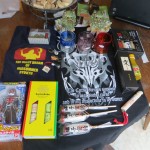