The morning started rather mundane. Rachel had some errands to run, so I was twiddling my thumbs. Things started properly with a tour around the non-sensetive areas of Kadena Air Base. I got to see the housing and schools, and the various stores on base. We drove by the flight line and I caught a glimpse or two of the planes and jets that were currently out there. There was also a pretty large lot of other military vehicles. This was all pretty cool for someone like me who doesn’t live around these sorts of things.

We met Evan and Reis for lunch at Bambohe, an all-you-can-eat (in 90 minutes) buffet with a twist. After paying a flat rate and getting a table we set out among the selection of food. There were a handful of prepared foods, but the focus was the bar of raw vegetables and meats. I took a small selection of beef and vegetables and headed to the table. The tables in the restaurant have a small grill in the center, over which you cook your meats (and veggies) to your desired degree. It’s definitely fun and it’s a shame it’d probably never work in the USA. I filled up pretty thoroughly, including grilling some pineapple, because why not. I washed it down with more melon soda, and finished up with some soft serve. Fat and happy, we headed out. It was just Rachel and myself today, and the plan was to check out some of the closer sights, since the weather was a little less than pleasant.

We stopped by Sunset Beach, not too far from base. I’ll be spending more time here on Friday. It’s lovely, but with the overcast weather, it wasn’t that much to see. There’s also a large shopping center, American Village, across from it. We wandered there for a bit, and it was loud and a little overwhelming.

Next we headed to Red Bridge Road, and parked a little beyond the Yomitan red bridge. There’s a walking path beneath it, and we took a stroll down it. There was a small river to one side, and a beautiful plant-covered cliff face on the other. It would have been awesome to climb around, but the risk off poisonous critters or habu snake encounters was enough to prevent any attempts to do so. About halfway down the line, we came to a bend. There were three small black dogs on the path. They didn’t make a sound, but ran off towards the water and behind a rocky outcropping. When we came around to their side, there wasn’t a sign of them. Not so much as a claw on stone could be heard. There appeared to be a cave in the rock, so they could have hidden there, but you never know. We finished up our walk a little further down the road, and then headed back to the car.

From there we headed towards the Katsuren Castle ruins, but it was closed by the time we got there.  Not to be deterred, we headed down the road further, south then east. We headed out via some pretty significant bridges to nearby islands. We drove through Henza island, Miyagi island, and finally ended up at Ikei island. We passed some cool tunnels (of sorts) which appeared to be rock-slide preventative measures and/or designed to keep cars from plummeting into the water. Not sure which. There were some gorgeous vistas as we passed through the countryside, and once we got to Ikei, there was a small beach. It was closed, likely because the weather wasn’t much good for it. But we were able to take a couple photos and peek around. It was a gorgeous area, and I’m sure it’d be even more so if the weather was nicer.

Afterwards, it was starting to get dark so we started heading back in. We briefly got turned around, and learned that they grow tobacco on the island. It was like we were back in Virginia for half a second. We saw the farmers coming in for the night, and a few in a shed of a building with a fire, probably having a beer and sharing the goings-on of their days. We finally got back to base, and we had some home-cooked stromboli for dinner, deliciously prepared by Evan and Rachel.

Tomorrow, we’re doing some more sight seeing on the southern end of the island. 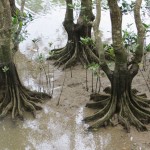 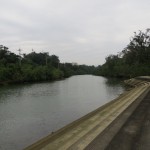 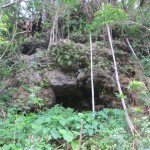 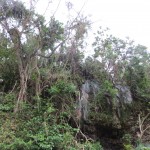 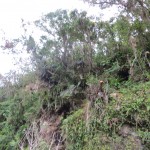 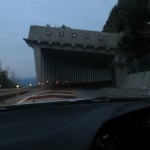 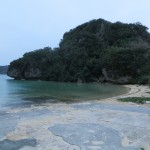 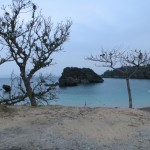 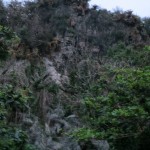