I slept in this morning. Not a ton, but I definitely felt good when I woke up.

We were a little slow getting moving, mostly because of me, but once we did, we headed up to the Tee House on base to get some breakfast. It’s a little cafe nestled in beside the golf course and it overlooks the flight line. Rachel and I grabbed some hot dogs and mac’n'cheese, and we sat on the patio, where we were able to watch jets running drills and coming in on the runway. Pretty awesome for this civilian boy.

After breakfast, we hopped in the car and headed out to Kurashiki Dam. This wasn’t exactly planned, but Rachel has never been there and I had mentioned it because it was on a lot of the signs around town. Turns out, there’s a pretty gorgeous park around the dam. The dam itself wasn’t a terribly impressive structure, being essentially a pile of dirt and stone, but it did its job. The park had lots of walking trails around the lake, and some nice views. I also caught some glimpses of planes out of the bases in the area.

Once we left the dam, we headed to the southern tip of the island to Okinawa Senseki Quasi-National Park, and the Okinawa Prefectural Peace Memorial Museum. This was where we spent most of the day. The park envelops a significant portion of battlefield from the Okinawan events of the Pacific War. The museum provided a pretty thorough education on the events in both Japanese and English. This is probably the most culturally important thing I’ve done this trip, and I’m certainly glad Rachel had decided to bring me here. The museum covered the events of the Pacific War, and in particular, the Battle of Okinawa. It detailed in facts, pictures, and written first-hand accounts the atrocities of war that had happened on Okinawa and the surrounding islands. I learned about the heavy bombings of the ‘Typhoon of Steel’ and saw some rather grim photos and stories that definitely put some pain in my heart. Between the invading US forces, and a Japanese military who basically used the people and the resources without concern for the well-being there-of, this poor island was decimated. The period of American occupation and finally the return of the island to Japan was also covered. It’s certainly no wonder that there is still a movement for the US to remove its military presence from the island. I can’t help but be a little bewildered by how kind the people of Okinawa still are, even to Americans. I’m certainly going to miss them once I head back home.

After the museum, we walked the grounds for a bit. There were many, many memorials and shrines in the park. We followed one path which led down to caves that were used as military camps, and eventually it took us down to a secluded rocky beach. There were huge coral-rock formations to both sides, and the ground was littered with miscellaneous trash that had likely washed up on shore. We explored the tidal pools for a bit, snapped some pictures, and headed back up through the jungle path. It was starting to get late, and we still had a long drive to get back to Kadena.

Once we got back, we met up with Evan and grabbed dinner at Arashi. The restaurant has a machine at the front, similar to a vending machine, you insert your cash and make food selections. It spits out little tickets which, once you’ve got your table, you hand to the wait staff. They then use that to fill your order. Takes the need for a cash register out of the equation. After we sat down, we were shortly joined by Evan and Rachel’s friend Matt. I got some amazing fried rice, which comes out layered in a still sizzling skillet, leaving the diner to stir it up and have it about as hot and fresh as you’re ever going to get it. It was joined by a plate of gyoza, which I think I’m now addicted to, and a pepsi- glass bottle, which seems to be much easier to come by in Japan.

After dinner, we stopped off to do a little shopping, and finally headed back home. Tomorrow will be my last full day here and, unfortunately, Evan and Rachel will both be working. The plan is to drop me at the beach. It’s supposed to be a pleasant day. Here’s hoping things go well! 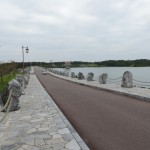 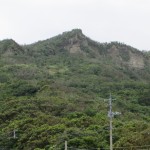 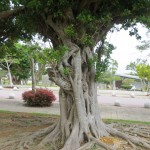 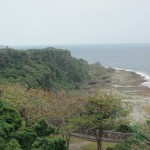 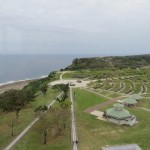 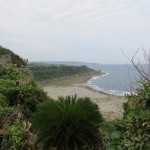 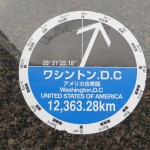 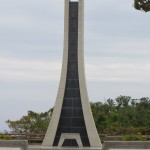 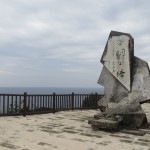 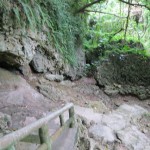 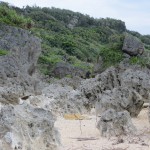 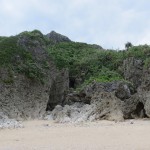 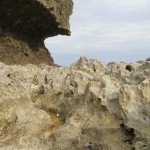 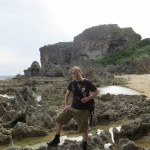 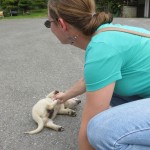